Who is CLC Services Lawn Care and Landscaping?

CLC Services formerly Chris’s Lawn Care was started by Chris Burnette. Chris has a passion for lawn care and all things outdoors. When he started the company he was just doing local lawns and one commercial property but over the years he now has a team and hundreds of lawns a week. Not only does Chris hand pick his contractors but he has a keen attention to detail that you won’t get from your run of the mill lawn service.

CLC Services has expanded to not only offer lawn service but we now offer full landscaping, outdoor lighting and irrigation services all licensed and insured. From our humble beginnings to the large company we have become we guarantee you will be satisfied with your service week after week and job after job.

We offer free estimates to let you know exactly what we can do for you and what it will cost up front so there is no guess work left to worry about. So if you are in one of our service areas and are looking for a free estimate to get you started give us a call or fill out the free estimate form from the comfort of your own home. 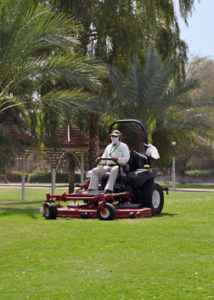 Grasslands Cover 20% of the World.

Did you know that grasslands cover 20% of the earth? Grasslands are prevalent in both tropical and temperate areas. There are multiple types of grasslands which include prairies, savannas, steppes and pampas. You can find grasslands on every continent in the world, that’s right Antarctica isn’t all snow.

That’s A Lot Of Species.

You might not have ever wondered about it but grass family includes almost 6,000 species. They can grow anywhere that is capable of supporting higher plant life! The various species of grass come in sizes from one inch to over 100 ft.

It Can Be Found In Some Weird Places.

We usually think of grass as the stuff we play in out in the yard but breweries and bakers use the grains from wheat grass and barley to produce the best products. Now that’s something to think about the next time you cook out in your freshly mowed lawn with a beer in hand!

When Did We Start Mowing?

Did you know that the first mower wasn’t invented until the 1820’s. Move forward to 1919 when a US Army Colonel grabbed the motor from his wifes washing machine and you get the first gasoline powered mower!